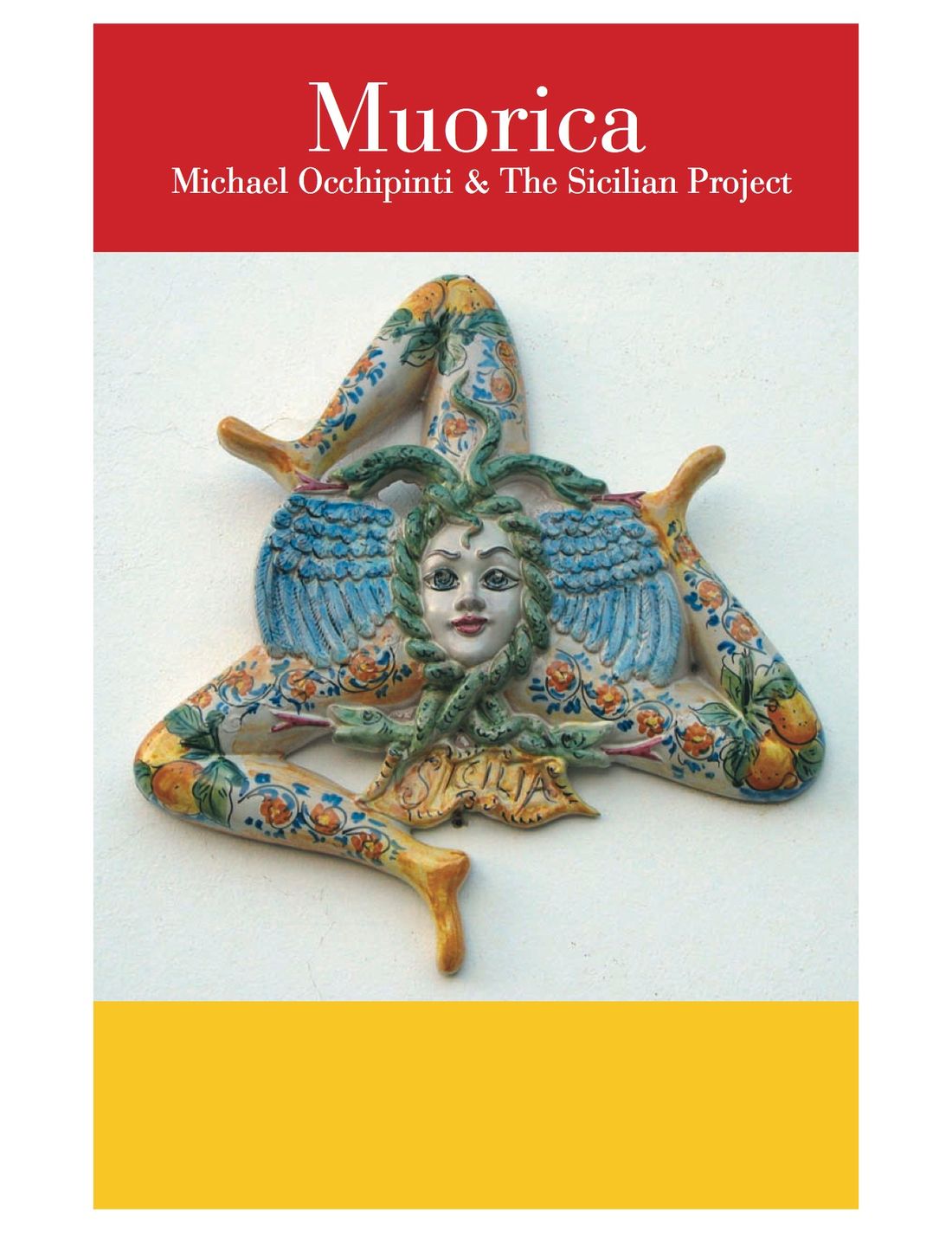 “The players deeply feel this music… a triumphant recording on many levels”    Michael G. Nastos Billboard

“This is really why we listen to music: to be surprised and lifted up, stripped of our preconceptions and left breathless”

Michael Occhipinti’s SICILIAN JAZZ PROJECT has been dazzling audiences world-wide with an intriguing mix of rare Old World Sicilian folk material and the New World sounds of electric guitars, chamber music, funk and reggae grooves, and modern jazz. Using music sung by Sicilian fishermen, sulphur miners, and folk musicians as a starting point, the music is like a trip on the Mediterranean that somehow manages to detour to Mali, Jamaica, and Toronto.     Michael's debut recording with the group The Sicilian Jazz Project, was a 2009 JUNO Award nominee (Canada's Grammy).

The Sicilian Jazz Project features some of the best musicians from Toronto's vibrant music scene, each a virtuoso in their own right, and able to freely move between genres.  Long-time musicians with the group include Michael's brother Roberto Occhipinti (bass), Mark Kelso (drums), Louis Simao (accordion), Kevin Turcotte (trumpet), and Ernie Tollar (woodwinds), and vocalists Maryem Tollar, Dominic Mancuso, Dia, and Francesco Pellegrino.  In recent years Michael has invited the remarkable Italian vocalist Pilar (Ilaria Patassini) to tour with the group and she is featured on the album Muorica.  Brilliant American clarinetist Don Byron has also toured and recorded with the group, and Muorica also featured The Cecilia String Quartet.  Able to create a spontaneous street parade with its enthusiastic energy at venues such as Mexico's Zacatecas Festival, or to captivate classical music audiences as it has done multiple times at the Ottawa Chamber Music Festival, The Sicilian Jazz Project's broad repertoire has a remarkable versatility and ability to connect with audiences across cultures.

Michael's intention when he launched The Sicilian Jazz Project was to find a way to preserve the old Sicilian dialect from Modica (pronounced Muorica in dialect) that his late parents spoke with him at home in Toronto.  Michael started collecting songs from family and musicians in Sicily, and began adapting them for his group along with the field recordings that Alan Lomax and Diego Carpitella had made in the 1950s.  Michael conceived of the Sicilian Jazz Project as a group that could use Sicilian folk music as a starting point, but then take off as a vehicle for improvisation and ambitious arrangements across any style.  Most musicians in multicultural Toronto take it for granted that the style of music they'll perform night to night will change, and Michael Occhipinti is a veteran of groups that perform Indian fusion, Turkish music, Eastern European klezmer, modern and traditional jazz, chamber music, and funk, blues, and pop.  Michael wanted the Sicilian Jazz Project to reflect the diversity of the Toronto sound even as he performed old Sicilian music.  The result is a group like no other that has been celebrated by critics for its innovation.

Buy album
View on Bandcamp
“Like taking a cruise on the Mediterranean that somehow managed to stop in Bamako, Mali, Kingston, Jamaica, and Toronto, Canada.

“Imagine if Sicilian chocolate were music”

Muorica is the brilliant follow up to Michael Occhipinti's award winning "The Sicilian Jazz Project"and creates an eclectic sound all its own. Bringing together Sicilian
“Like taking a cruise on the Mediterranean that somehow managed to stop in Bamako, Mali, Kingston, Jamaica, and Toronto, Canada.

“Imagine if Sicilian chocolate were music”

Muorica is the brilliant follow up to Michael Occhipinti's award winning "The Sicilian Jazz Project"and creates an eclectic sound all its own. Bringing together Sicilian poetry and folk songs with his own interests in jazz, global grooves and chamber music, Michael Occhipinti has assembled a stellar cast to create his new Sicilian Project. Featuring the passionate vocals of Dominic Mancuso and Pilar and such notable guests as clarinetist Don Byron, and the Cecilia String Quartet, the album is also a showcase for Michael Occhipinti's inventive guitar sounds and his refusal to be defined by any one genre.
Read more…
0:00/???

The Sicilian Jazz Project is doing a Virtual Showcase at Global Toronto on Friday July 31 at I:00 pm.  The conference was going to be a live event of course, but with Covid 19 it has been moved online.  There will be a 10 minute video (which you can watch in advance here) followed by a live chat.

In August we were supposed to we'll do the Ottawa Chamber Music Festival and the Hudson Music Festival with vocalist Ilaria PILAR Patassini and singer/songwriter Giuseppe di Bella, but Ottawa has been canceled and moved to 2021, and Hudson is going to do a smaller festival in September if conditions allow for it, but we're not sure if we'll be able to bring Pilar and Giuseppe over to do just a single show.

Ilaria PILAR Pattassini and I have been planning on writing some new music together, so we may have to do that at a distance, but I'm looking forward to working together soon.  In the meantime, since all my gigs are now canceled, I'd love for you to purchase a copy of my Muorica album and 40-page book or at least have you streaming my two Sicilian albums The Sicilian Jazz Project and Muorica